Continuing my reviews of my trip to the USA last summer with dad and ‘future mom’, we flew from New York to Seattle with JetBlue

If dad and I had to live in the USA, we would choose the Bay Area. There are many reasons but one of the top ones is the proximity to water. We’ve always felt an affinity to water and the Bay and Pacific Ocean lend a calming air to the city

In many ways, Seattle reminds us of San Francisco because it’s right by the water. In fact, in some ways, it’s prettier because it’s greener due to the rainfall, whereas northern California can become very brown in the summer. On the flipside, the weather in Seattle is meant to resemble rainy London with harsher winters

One magical thing about Seattle is that it’s ringed by mountains, so you can stand in the middle of town and see mountains. Together with the lanyrinthine network of islands, it’s a city which feels very close to nature. There are some amazing views of nature, even in town

Seattle is a town of contrasts. Due to its feeling at one with nature, there is a cool, laid back vibe to the place. There is a downtown with tall buildings but you don’t have to drive far to hit trees, water and the great outdoors with wooden houses and hiking trails 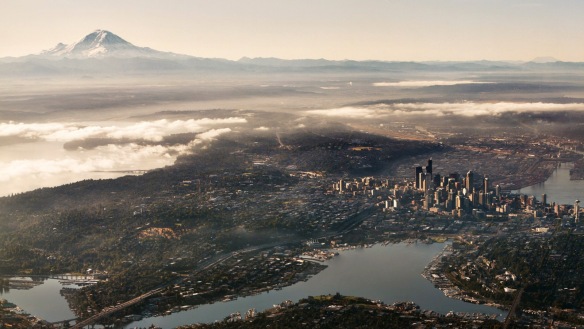 However, there’s also a steely corporate side to the town. Dad and I discovered this when we were trying to book hotels on our first trip to Seattle. Strangely, hotel prices seemed to be higher during the week compared to the weekend, which is opposite to most cities which serve tourists. It took us awhile to realise this was because there are a lot of business travelers to Seattle and with US giant companies like Boeing and Microsoft setting up base in the Pacific Northwest, it’s no surprise really

The city has its own iconic building, the Space Needle, built for the 1962 World’s Fair and so memorably re-imagined as an alien flying saucer in Men in Black 2 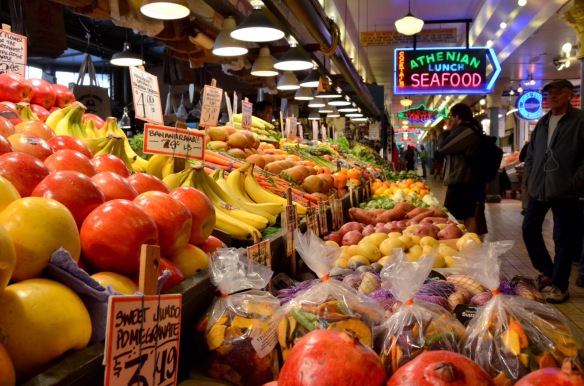 Tucked away right in the NW corner of the country, Seattle-ites have an affinity for their Canadian cousins and many regard a quick trip up to Vancouver for the weekend or to use their airport as a gateway as a local trip