One of dad and my favourite TV programs is Diners, Drive Ins and Dives on the Food Channel, where Guy Fieri drives around America visiting less high brow eateries and uncovering local gems

Tying in nicely with our love of fried chicken and our visit to New York, we looked up one of the restaurants featured in the program on our trip to New York last summer. Pies and Thighs specialise in fried chicken and huge pies. They have a couple of branches but we chose their location in Brooklyn as it was closer to our hotel

We chose to have brunch there and arrived early as there’s a no reservation policy. It isn’t the largest restaurant and we were glad to be early arrivers as there was a healthy queue of hungry diners by the time we left 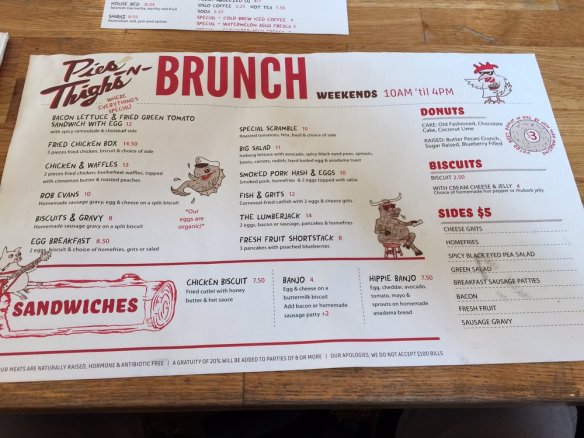 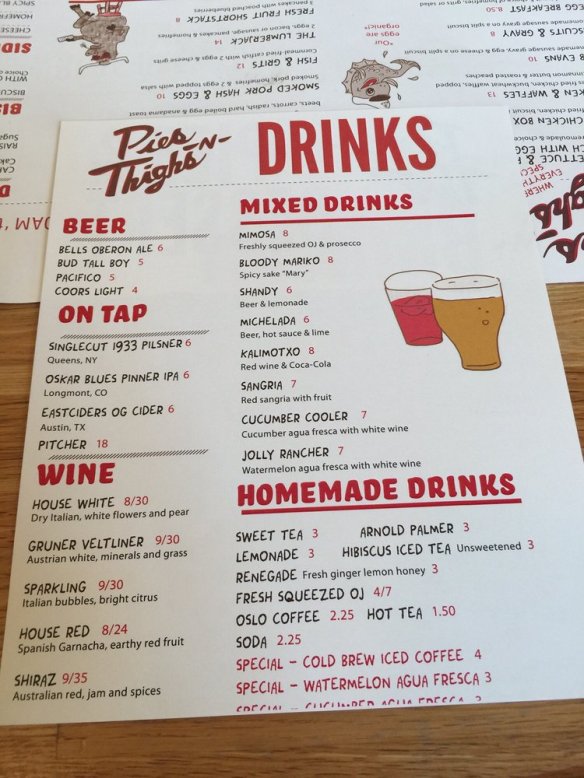 In the end, we couldn’t find space in our tummies for the famous giant pies after the fried chicken but we did admire them in the display

So, onto the main event. On Diners, Drive Ins and Dives, the recipe for the fried chicken was relatively simple, using the American brining method to keep the meat moist and then a simple coating before deep frying. Hence the surprise with how good the chicken tasted. Moist and super crunchy

Dad had biscuits and gravy with his chicken while ‘future mom’ chose waffles and fruit. You can see that they were definitely American portion size 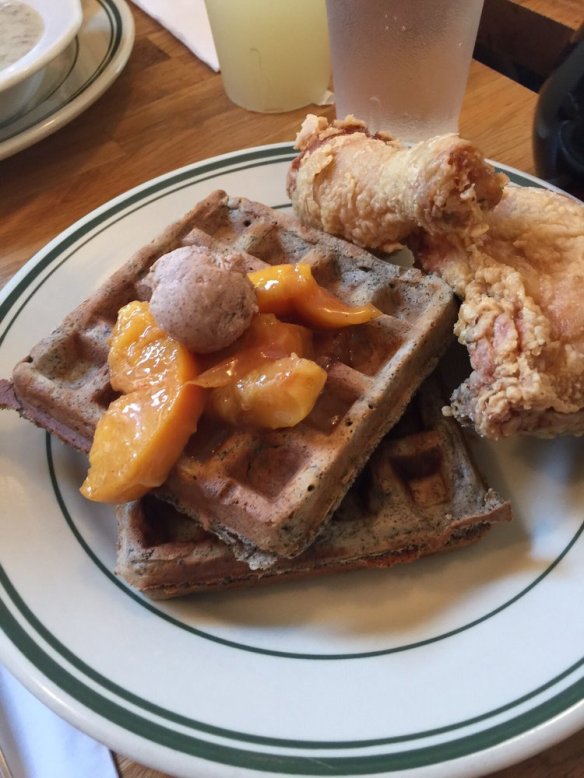 As we were too full for dessert, we took a donut for later