Dad gave ‘future mom’ tickets to see Wicked in the theatre for Christmas. Going to the theatre is a wonderfully quintessential British experience. We’re so lucky that we have one of the top theatre districts in the world here in London

Wicked is playing at the Apollo Victoria theatre, which isn’t in the West End, London’s main theatre district. Be aware that great dining options are quite limited in the immediate vicinity of the theatre

The theatre has good sight lines from the dress circle with good banking of the seats. The main complaint from ‘future mom’ were the inadequate number of ladies toilets. The ice creams had also been hit by inflation at £4.50 each 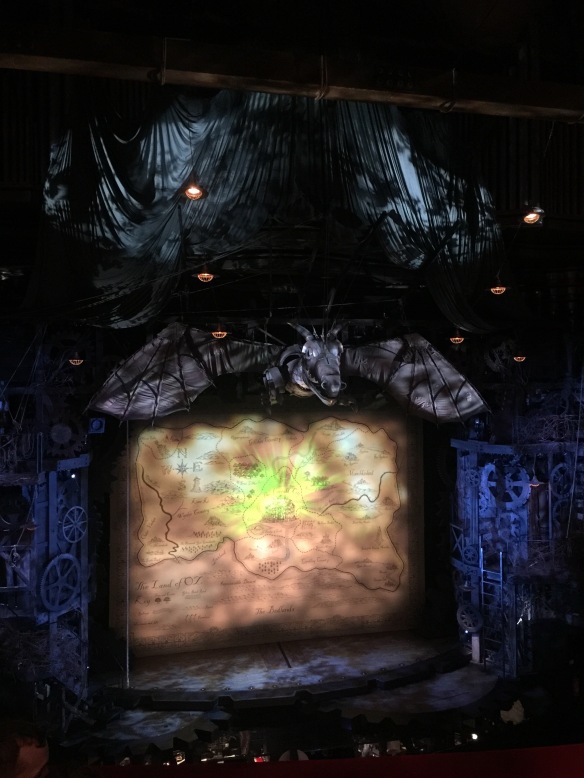 Wicked is about to celebrate its 10th anniversary in London, so this romantic musical comedy retelling of the story of the Wizard of Oz has proven its popularity and longevity. Having now seen it 4 times, dad classes it as a must see alongside Phantom of the Opera, Les Miserables, Matilda and Miss Saigon

The story brings us into contact with familiar characters from the classic Wizard of Oz story but is told from the point of view of the villain of the original story, the wicked witch of the west. Essentially, it chronicles the unlikely friendship between 2 young women, Galinda and Elphaba of wildly differing backgrounds, who become the witches that Dorothy encounters. Weaved cleverly into this story though are important questions about what is good and wicked and how things are not always what is made out to be by official sources 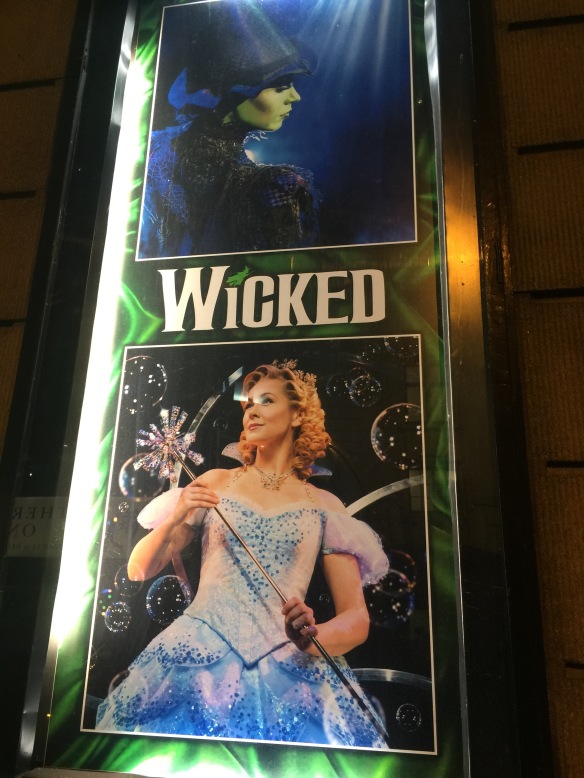 The show benefited from having 2 excellent female leads. Their scenes together were dad’s favourite in the show, be it in the light-hearted comedy numbers like ‘Popular’ in their shared bedroom where Galinda is trying to teach the dowdy Elphaba to ‘toss, toss’ her hair and giggle, or the powerful scene at the end where the women affirm their sister-mance (or whatever the female equivalent of a bro-mance is called) with a mutual admiration harmony rendition of ‘For Good’

That moment in ‘For Good’ did bring a lump to dad’s throat when the women are letting each other know the positive effect they’ve had on each other before each going their separate ways to live the lives that fate has dealt them, never to see each other again

For what is perceived as a fun musical, Wicked does touch on difficult subjects such as racism, discrimination, peer pressure, responsibility, political corruption and murder but in a way that won’t scare younger minds in the audience 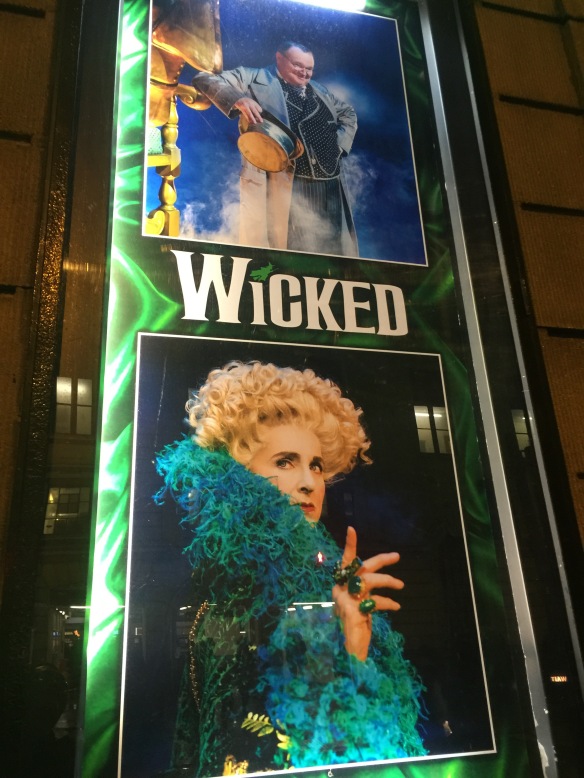 The ensemble did play well but dad felt there was a lack of chemistry between the 2 leads and the romantic interest in the love triangle, Fiyero. He got a better sense that the actions of Boq, the loyal companion to Elphaba’s disabled sister, rang more true

One more observation that dad made is the difference with modern musicals is that the music isn’t as memorable. With oldies like Phantom and Les Miserables, the tunes would be playing in his head for weeks after he had seen the show but not so with more modern musicals like Wicked, enjoyable though they are

Wicked is a great show. All the elements from this re-telling cleverly fits in with the original Wizard of Oz story. You do share the highs and lows of life with the characters and you’ll leave the theatre with a better understanding of the world around you