Dad and I love skiing and if God granted us a wish to do one sport without killing ourselves, we would strongly consider ski jumping. It must be the closest feeling to flying as you gently float down that mountain. Hence, Eddie ‘the Eagle’ Edwards (Taron Egerton) being one of our personal sporting heroes. Though people criticised him for not matching the top ski jumpers in performance, he was the British record holder for a long time 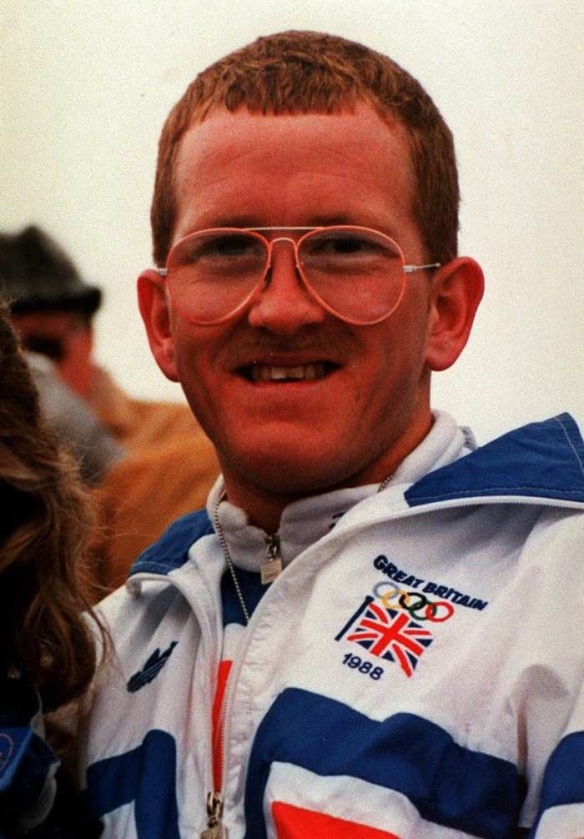 The film is based on his life and charts his rise from having bad knees as a child to Olympic competitor at the 1988 Winter Olympics in Calgary. Dad and I remember it well and we even drove past the ski jump where he competed when we went skiing in Banff

The film charts the many obstacles Eddie faced, from a sceptical father to the British Olympic Association to the fact that there was no tradition or background of ski jumping in Britain

He was a good downhill skier and having just missed out on selection for the ski team, Eddie didn’t give up on his dream of competing at the Olympics and looked for another event. He chose ski jumping as there would be no competition for places

The main part of the film follows his rather painful path to try to get there. Despite painful setbacks, his determination eventually wins over Bronson Peary (Hugh Jackman), an ex-US ski jumper, whose own problems led to him being kicked off the US team and who now works as a snowplough driver, who agrees to train him 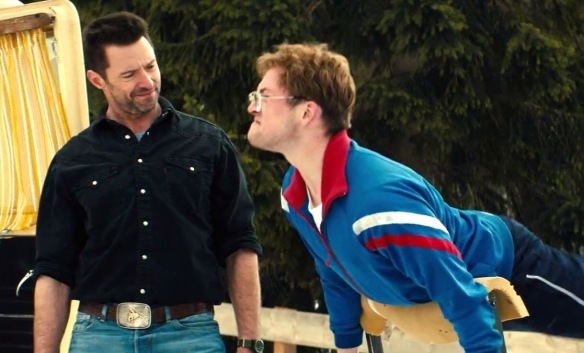 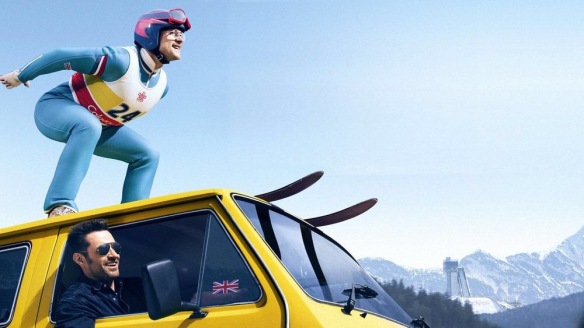 The British Olympic Association try to scupper his plans to avoid embarrassment by setting him what they think is an impossible qualification distance but as history attests, Eddie achieves it to make to the Games 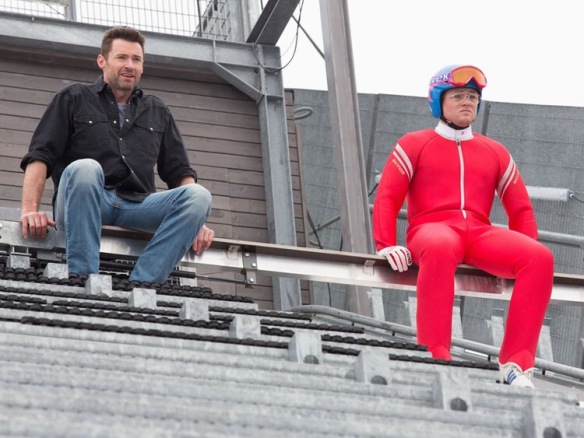 Once there, he wins hearts for his pluckiness among the local crowds despite coming last in the 70m hill category. However, when challenged by Bronson as to whether he wants to be remembered for being an eccentric loser, Eddie enters the 90m hill competition where ‘failure means coming back in a box’ 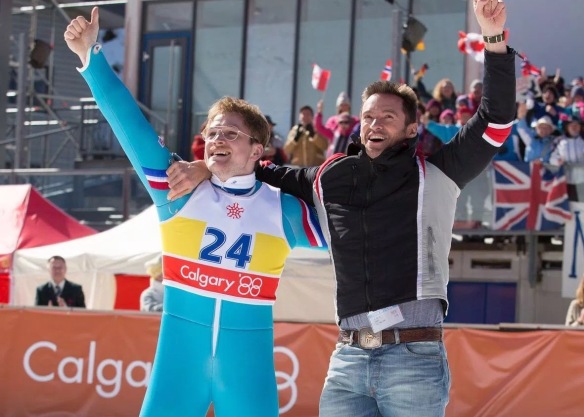 There’s a lovely conversation between Eddie and champion flying Finn Matti Nykanen, a mention of the Jamaican bobsled team that competed at the same Games and even Bronson gets closure by the end of the movie

This is a feel good movie and while I think a few liberties have been taken with the facts, it’s still a good dramatisation of Britain’s first Olympic ski jumper