Dad and I are big sci fi fans. Cloverfield is one of our favourite films. Using clever script writing and filming, the movie tells the story of a couple’s experience of an alien invasion of New York filmed from the perspective of found footage on a hand held camcorder. A good sci fi story but you also get to see their romance as some parts of the tape haven’t been overwritten by the filming of the aliens 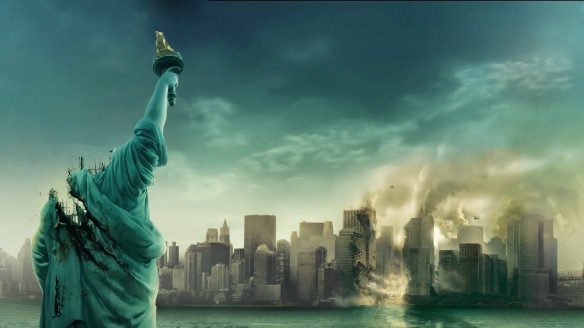 So, we were excited to see 10 Cloverfield Lane advertised. Now, without wanting to give the plot away, let us say that there is a link to Cloverfield but it’s brief and it’s peripheral. So, if you’re expecting a sequel, prequel or a movie similar to the original, you will be disappointed

Instead, 10 Cloverfield Lane is really a psychological drama. More Hitchcock than JJ Abrams in construction and delivering shocks

Just by chance, dad and I watched Room just before 10 Cloverfield Lane. Oscar-winning Room tells the story of a woman and her son who have been held captive in a single roomed bunker by a kidnapper. It picks up the story right at the end of their captivity

If we were using the same naming system, 10 Cloverfield Lane would be called Rooms where a woman Michelle (Mary Elizabeth Winstead) wakes up to find herself in survivalist’s Howard (John Howard) multi-roomed underground bunker after he allegedly finds her by the road after she has an accident just as the USA suffers an unknown attack. Believing herself to be the victim of a kidnapping, she attempts to escape but comes to realise that Howard is deadly serious about his belief that they have to remain in the bunker to escape the fate of humanity above ground 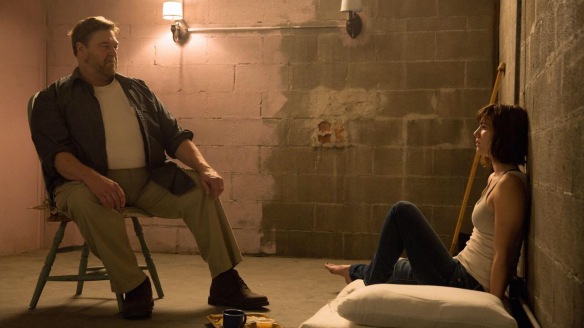 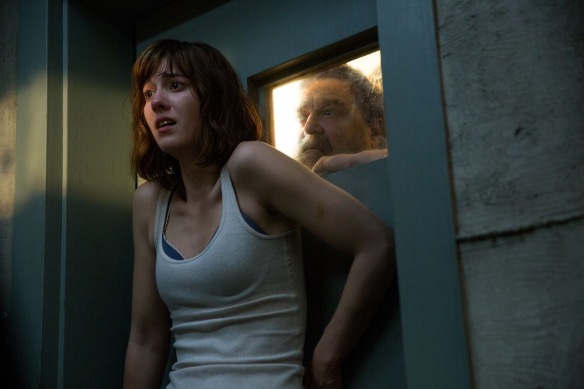 She meets Emmett, who helped to build the bunker and shares Howard’s belief about the attack and raced over to get into the bunker after he had seen biblical proportion flashes on the sky. The tension in the story comes partly from whether Howard’s belief about the attack is delusional and also from his controlling and erratic behaviour. It’s interesting to see John Goodman’s performance as the ever so slightly unhinged Howard because we’re so used to seeing him in comedy roles 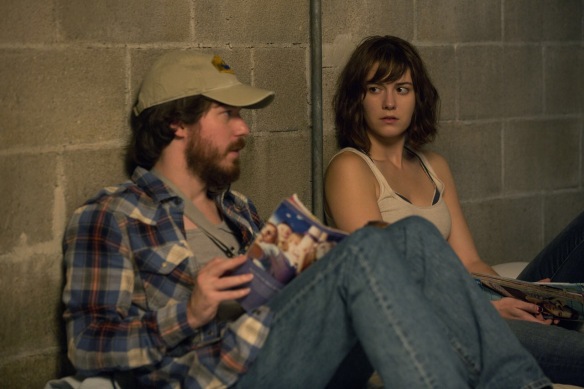 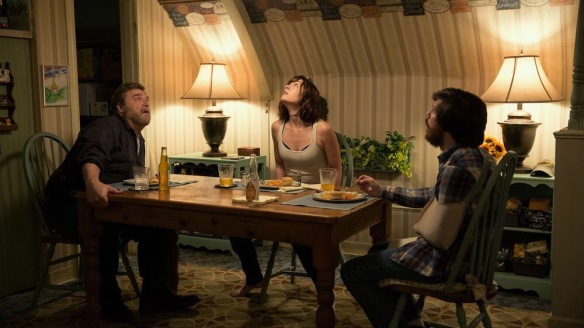 Michelle’s discovery about Howard’s possible role in another kidnapping however changes the dynamic and there’s a nice parallel with Room in the use of a similar ‘looking at the blue sky through a skylight’ shot which uncovers this new development. She and Emmett hatch a plot to escape by building an environmental suit and the last quarter of the film picks up pace as the pair race to bring their plan to fruition before Howard catches wind of their plot

There are a few shocks in this finale and the squeamish should get a little warning at this stage. However, the plot progresses in a believable way and there is true tension from several sources as the film reaches its climax and we find out whether Howard was right about the attack

It was enjoyable but I can’t really call it the spiritual successor to Cloverfield. I think they would have been better off with a different name for the movie